“Shen Yun show is different from ordinary performances. Not only is it an art, but it is also full of positive energy that touches the bottom of our hearts. It can purify human’s hearts... Nowadays, regardless of whether it is in Japan or the United States, some artistic performances may seem exquisite, but they would soon be wiped out from people’s memories. However, Shen Yun is something special … It will leave behind a touching feeling lingering in the bottom of our hearts for good.” 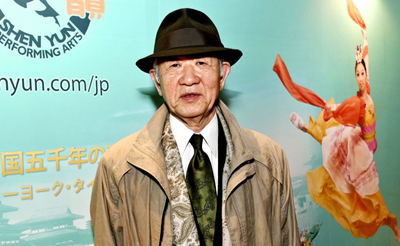